Whether you're recovering from an injury, just getting started at the gym, or looking for some accountability, there are SO many benefits to hiring a personal trainer. Don't believe us? Read through our success stories below to hear from some of our previous clients whose lives have been changed for the better since partnering with a personal trainer here at Milestone! 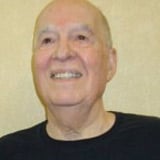 David D’Amico has been active in limited physical fitness for more than forty years. In his “mature” years beyond his seventies, he developed calcification of two vertebrae requiring him to do some physical therapy.  In 2010, he began working with Personal Trainer, Amee Liles.  She has enabled him to stay in shape and even use some muscles he didn’t even know existed! 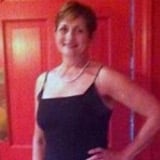 After realizing she had several health goals she needed to reach, Ann Edelson decided it was time to make some changes. Within a few months, Ann dropped a significant amount of weight, changed her blood lipid profile and reduced the dosage of her medications. 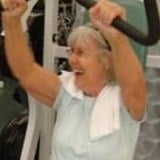 Anne Kuhn had a goal that is familiar to many: she wanted to lose excess fat and gain muscle mass. To help keep her on track and motivated, Anne enlisted the help of Personal Trainer, Andrew Hannah. She meets with him one time a week to weigh in and to go through a strength training routine. Anne is also dedicated to doing cardiovascular exercise 3-5 times a week and one more additional day of strength training on her own. 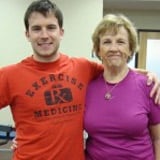 Norma started working with her Personal Trainer, Kenny Hodges, in November 2010,just after she lost her wonderful husband of 47 years. She started meeting with Kenny 3 times a week, working with weight machines and doing cardiovascular exercise on her own. After getting into an exercise routine and adjusting her eating habits, Norma gradually started to lose weight. 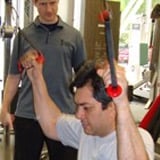 Rishabh had two main goals for starting his Personal Training with Robb Beyer. He wanted to reduce his stress levels and he wanted to quit smoking. Rishabh works with Robb 2-3 times a week focusing on 30 minutes of circuit training on the TRX, free weight machines and cardio kick-boxing. Also, in his spare time, Rishabh takes spinning and yoga classes. 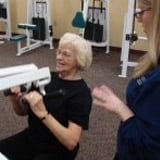 Working with her Personal Trainer, Amee Liles and participating in the Fitness Challenges helps her to stay accountable to her exercise.  As a result, her back pain is gone, her lab work and blood pressure are back to normal and she has reached her weight loss goal! 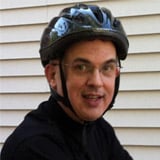 Once Peter realized that it was his own doubt about the possibility of losing weight that was holding him back from reaching his goal of losing 30 pounds, he decided to get serious about weight loss. 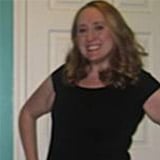 Once Peter realized that it was his own doubt about the possibility of losing weight that was holding him back from reaching  his goal of losing 30 pounds, he decided to get serious about
weight loss.

After joining Milestone in January 2010, Janet started working with Personal Trainer, Mary Hayes twice a week plus three more times a week exercising on her own.  After much hard work and closely monitoring her diet, Janet lost 64 pounds! 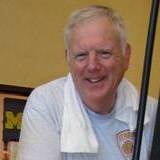 Lyndon Fire Chief, Russ Rakestraw, had a goal to reach. He wanted to decrease his Body Fat Percentage from 33% down to 26%. Being the leader of his firehouse meant he needed to set the example. He wanted to improve his health through proper nutrition and exercise so he began working regularly with Personal Trainer Lisa Groft. 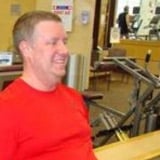 Steve never imagined that he would actually enjoy working out or exercising, but now he finds his body actually craves the exercise! Not only has Steve gained unbelievable health benefits, he has also gained a good friend in his Personal Trainer, Brett Greenwell. 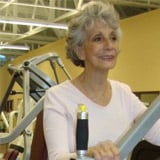 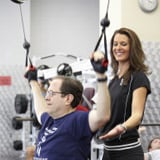 Bob Slosberg has been a member of Milestone since 2006.  He’s always been very dedicated to coming into Milestone for his exercise routines but knew there were other areas of his health that probably needed more attention. Bob finally listened to his Personal Trainer, Alison Cardoza. He ate less and exercised more! 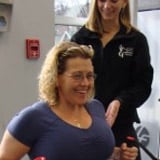 Jackie Schembari started working with Personal Trainer, Heather Albro after having complications from chronic arthritis. She has worked with Heather for about 2 1/2 years meeting about 2 times a week, on average. Shortly after starting with Heather, Jackie decided to participate in a 150 mile charity bike ride; no small feat for a person with little athletic background! Heather prepared Jackie for the charity ride with her training techniques. 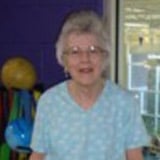 Looking back at her progress, Jane Stewart now considers her workouts to be one of the “best investments” she’s made to work toward her goals of being healthy and improving her quality of life. 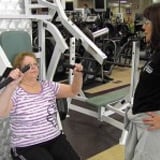 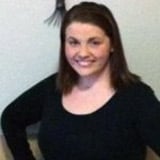 Kasey began working with her Personal Trainer, Alison Cardoza, once a week for a session of cardiovascular exercise and weight training. She exercises four other days of the week, as well. She keeps a daily journal to track her calories, fat, and Weight Watchers points. So far, Kasey has lost 50 pounds and isn’t done yet!

Ana Danies  first began thinking about her fitness goals when she became a breast cancer survivor because much of the literature she read while fighting this disease advised that the best way to reduce your chances of a recurrence are exercise and keeping a healthy weight.  So that’s what brought her to Milestone. Ana started working with Personal Trainer Adam Shephard and met every 4 weeks. “I really feel I’m actually making a permanent change in my life style. I have lost approximately 25 lbs. and more importantly, I have gone down 2 dress sizes and I feel great!”

INTERESTED IN LEARNING MORE ABOUT OUR PERSONAL TRAINING PROGRAM?