Ed has been a member of Milestone since 2004.  He knew he needed to exercise, as his occupation necessitates a lot of sitting.  So, in order to get active, he came to Milestone because it is in close proximity to his home and gave him no excuse to not exercise.  When he first came to Milestone, he met with a personal trainer, Alison Cardoza, in order to learn the basics of how to exercise correctly, proper form for lifting weights, and how to use the cardio and strength training machines.  He was sporadic with his exercise schedule at first, attending a few days a week and doing light cardio and light strength training exercises.  He eventually hit a plateau in his fitness and was uninspired with his exercise routine.  Eventually two years ago, Ed started thinking about his retirement.  The thought crossed his mind, “When I retire, I want to be able to do anything I want.  I don’t want to be limited in the activities I can do because of my (lack of) fitness.”  So, he decided to make a change and go to the next level in his fitness.

Ed’s wife, Trish, is a great support to him and encourages his healthy lifestyle changes.  Trish is also a member of Milestone and enjoys the aquatic classes.  Ed says, “Having a good support system is very important.”

Ed met with his physician and was encouraged to start supplementing with vitamins to cover some deficiencies that had developed with his age, such as Vitamin D.  Ed started to feel more energetic once he took this advice.  With his new-found energy, he made the commitment to himself to start working out more throughout the week.  He set up personal training sessions with Alison Cardoza, this time with more dedication and a bigger goal than he had before.

Alison put together an initial workout program for him.  Ed says of working with Alison, “I feel accountable.  I do more because I wouldn’t want to go back and face her again if I hadn’t done what I needed to do.”  Alison gradually increased the weight he was lifting in his strength exercises; and increased the amount of cardio. Ed would look at the program that Alison instructed him to do, and then he would have a goal for himself to out-do whatever she told him to do.  So, if she said to do 3 laps around the track, he would do 5.  If she said do a certain amount of reps of an exercise, he would do a few extra.

Sometimes Ed was sore, but he could tell he was getting stronger.  He would work hard in a given week, and when he would meet with Alison for “weigh-ins” to measure progress, he would occasionally feel disheartened that the number of pounds lost was less than he thought it would be.  But then she would give him the perspective, “Ed, yes you have lost 3 pounds of body weight this week.  But look at this, you lost 9 pounds of body fat and you gained 6 pounds of muscle.  So, the 3 pounds you lost is a total body transformation!”  That would encourage him to keep going!

Ed says of Milestone, “I’ve been to other places (gyms) but here it’s the complete package.  Milestone has everything under one roof.”

In addition to exercising, Ed took up healthy eating habits.  “I’ve put so much time into exercising, I don’t want to ruin it by eating poorly.”  So, Ed describes his lifestyle changes regarding eating, “Sweets have decreased significantly.  I eat more salads.  I aim for at least 3 fruits per day and 3 veggies.  I eat more protein, especially lean (low fat) protein.  I rarely eat fried food, fast food hardly ever.  I stay away from bread as much as possible.  I eat anything in moderation, every once in a while. I can maintain this forever.”

In 16 months, Ed lost 60 pounds and lost 8.5 inches off his waist, not to mention 2 inches off his neck circumference.  His circulation improved, he felt better and healthier, his skin started to look better.  A friend from high school ran into Ed in town and said, “You’ve been losing weight, haven’t you?  I can really tell in your face and your neck!”

Ed found other benefits to exercising regularly as well.  In his everyday life he found more motivation to do things even non-fitness-related.  When he was faced with a task in the past, he would have had the tendency to say, “I’ll do it later.”  But now his attitude is, “Let’s do it now!” He has stopped pushing things off.  His motivation for life has increased.  Ed has also found clothing in his closet that hasn’t fit him in 6-7 years, that he suddenly is able to wear again… “And, it’s loose!”

Ed has started receiving some unexpected compliments.  Milestone members and personal trainers have noticed his results from month to month.  Coworkers often comment in positive ways.  And, at his brother’s wedding, someone said to Ed, “You must be his YOUNGER brother!” (In fact, Ed is the older brother.) Ed reflects, “I guess this clean-living kind of makes you feel and look younger!  When people guess my age, they often guess 10 years younger and I like it!”

Ed’s advice for people who want to improve their fitness, would be, “Don’t try to do anything great overnight.  Just bit by bit.  Small steps work just as well.  Focus on the little steps every day and the results will take care of themselves.”

So what is Ed’s next goal?  “I’ve got a very ambitious goal to get to what they say is the ideal weight for my age.  I’m still a ways off, but I believe it is possible!” 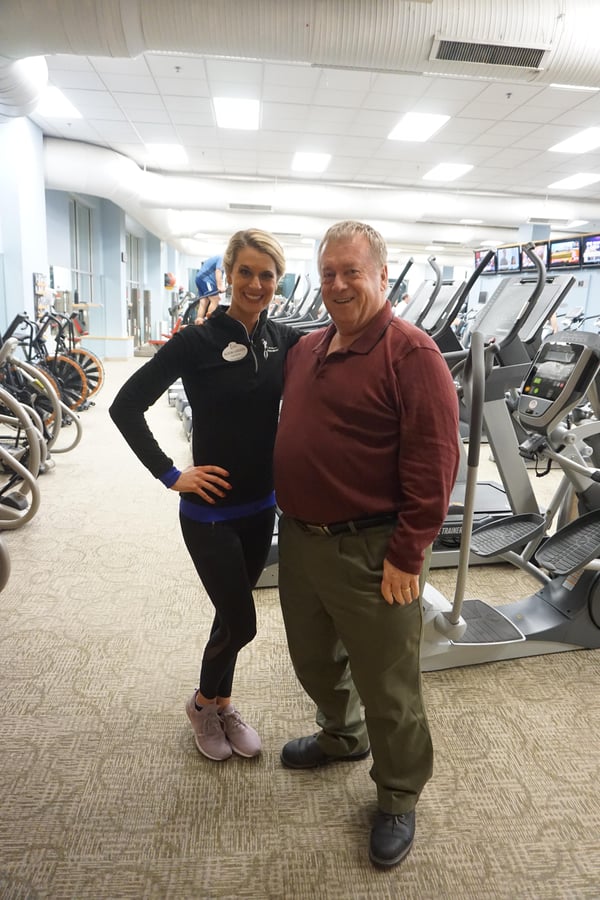 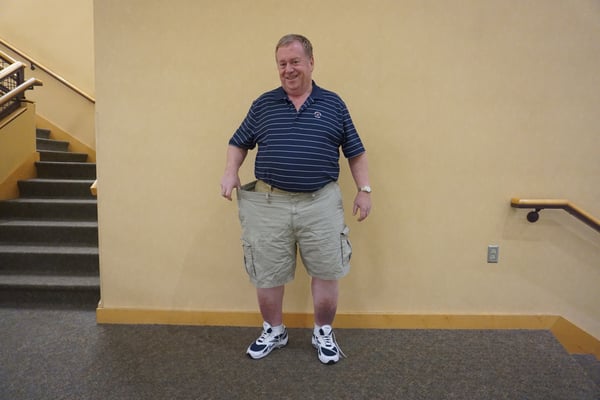 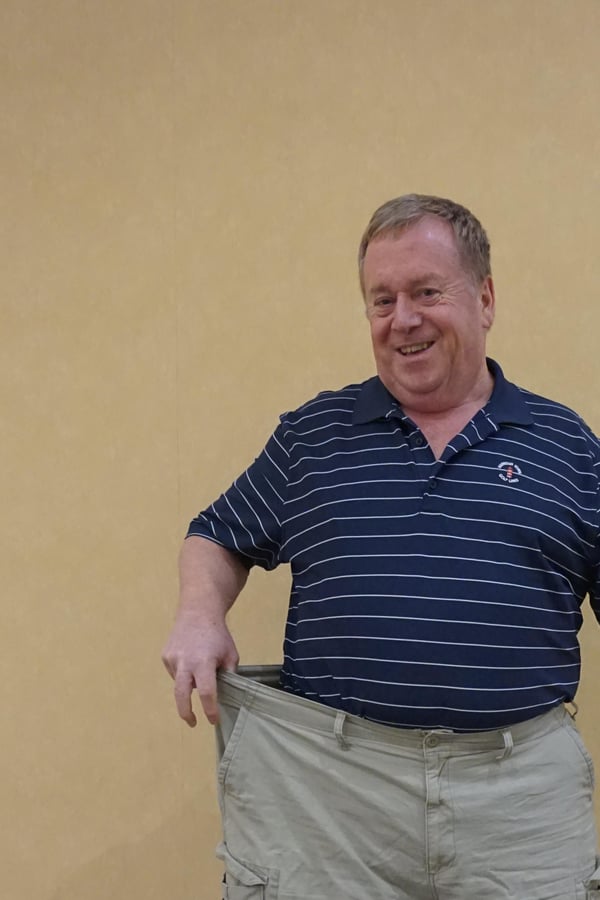