How to Stop Procrastinating and Get Stuff Done

I could tell the moment I said it that I’d struck a chord.

“Procrastination has almost nothing to do with a lack of willpower or poor time management. Procrastination is an emotional issue — it’s about short-term mood regulation.” 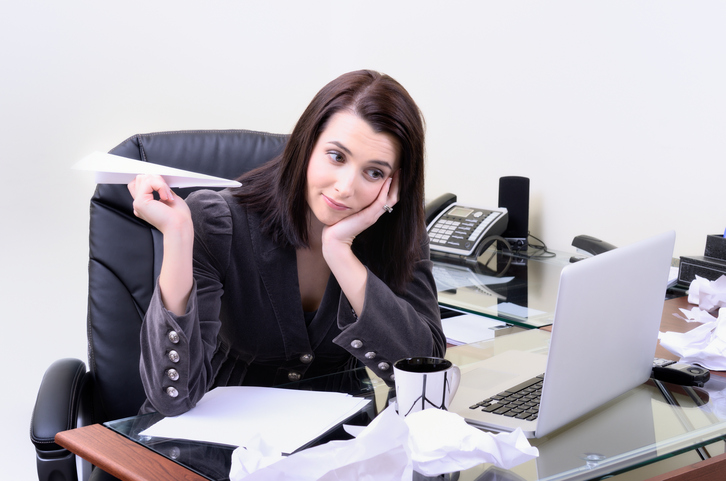 For chronic procrastinators like the person sitting in front of me, this message immediately resonated. I could now add:“Procrastination uses a powerful emotion-focused coping strategy — avoidance— to feel better in the present moment.”

Most chronic procrastinators are painfully aware of the avoidance part of the equation. But we’re often misinformed about what’s behind it — the emotional coping part. No wonder we end up functioning at less than optimal on a daily basis and missing out on long-term goals.

Rather predictably, recent research has shown that procrastination is related to lower E.Q. — emotional intelligence — the ability to understand and regulate our emotions so we can channel them into effective behavior.

Fortunately, there are ways you can increase your E.Q. so you can self-regulate, better manage yourself and boost your productivity — as well as your happiness.

Whether you’re putting off a boring chore, a gnarly work project or having a difficult conversation with a relative or coworker, the feelings that accompany procrastination can range from uncomfortable to downright awful. No wonder we want to get away from those feelings — dread, anxiety, guilt, boredom, confusion, self-doubt, embarrassment, and maybe even shame — as fast as we can.

So how do you strengthen your emotion-regulation skills just enough that you can stay in the moment and get on with the task at hand — instead of shoving it off onto your future self?

Let’s start with a procrastination-buster I cooked up recently for a client who wanted to get her work area organized. I call it Why I Don’t Feel Like It.  I like this technique because it tricks you into getting started — by describing why you’re not getting started.

Me:  So why don’t you feel like doing it?

Client:  I don’t want to start because I know that once I get it organized, I won’t be able to keep it organized… forever! (Laughing).  It will feel even worse to accomplish my goal, but not be able to hold onto it.  So I’d rather not start at all.

Me:  Great — If you can maintain that, maybe you can take it up a notch later.  See you in two weeks.

Client:  It’s been up and down, but I’m satisfied right now with staying just enough organized.  I’m surprised that I actually feel better to function at less than perfect versus total failure.  I thought only total perfection would do!

The Pomodoro Technique is a simple, easy-to-use tool developed by productivity expert Francesco Cirillo. (He named his technique after the tomato-shaped timer he used as a university student in Italy.) 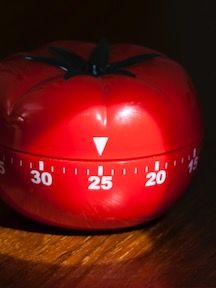 You can start with my abbreviated version below or explore Cirillo’s full-blown version and its many variations until you find what works best for you:

I like using Pomodoros because they keep you aware — they require you to repeatedly make a conscious choice about how you are using your time.

I made another interesting discovery about Pomodoros. Paradoxically, they can help you get started because they also help you stop. Here’s what I mean:

One of my clients kept putting off an important, but non-urgent task. Completing it required that he devote about an hour a day over a period of a week to get it done.

Shortly into his very first Pomodoro, he had an insight about why it had been so hard to get started: He knows he gets a little obsessive about things and realized it might be hard to stop after an hour. But higher priorities demanded that he be able to meter out his time this way.

Voilà! The Pomodoro technique gave him the short-term mood regulation he needed so he could work in increments, stop and come back to the task until it was completed. Even more importantly, it gave him confidence that he can effectively manage himself and his emotions.

This is important because success builds on success — even as little as two weeks of sticking to a small self-regulatory task has been shown to strengthen your “willpower muscle.”

Willpower is a limited resource that must be used strategically. In other words, we have to know our limits, anticipate problems and have comebacks in place and ready to go. 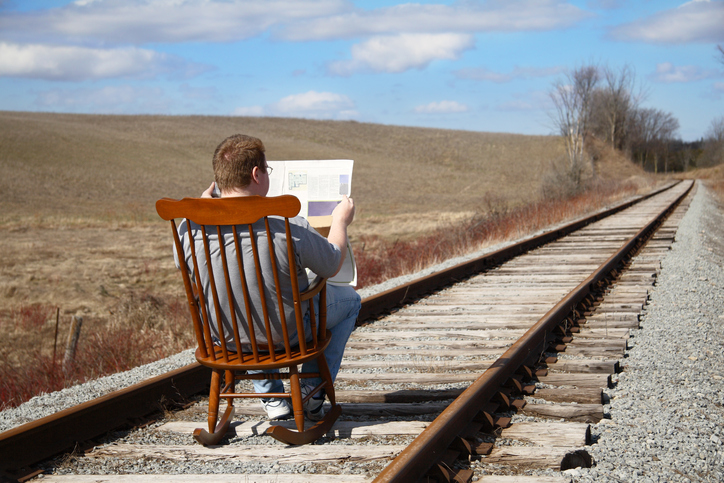 Those kinds of self-regulation strategies are what procrastination researcher Timothy Pychyl (Carleton University in Ottawa) offers in his book Solving the Procrastination Puzzle:

GET BACK ON TRACK.

“We all face setbacks, disappointing moments and frustrations with our apparent lack of progress. Your attitude toward the setbacks and yourself will be extremely important to your continued progress,” Dr. Pychyl observes.

CROSS THE FINISH LINE — ANY WAY YOU CAN.

Motivational speaker Robert Schuller said, “I’d rather attempt to do something great and fail than to attempt to do nothing and succeed.”

My personal take? I just want to get over the finish line — stumbling, crawling or falling are all acceptable ways to make it happen — in my book.