Joseph has been attending Milestone since 2012 and working out with Personal Trainer Alison Cardoza since 2013.  He expressed that self-starting is not a strength of his and that he does better with someone to nudge him.  Alison has been the one to push him to exercise consistently.  Joseph says of Alison, “She’s so bright and cheerful all the time, and also knowledgeable.” Joseph used to personal train with Alison 1x/week and has since increased it to 3x/week.  At his most recent doctor’s appointment, the doctor recommended blood sugar medication; but Joseph asked if he could first attempt to decrease the blood sugar through diet modification and exercise, and the doctor agreed.  So that is one of his current goals, to lose weight and lower his blood sugar. Joseph has lost 8 pounds in the last 2 months!  Specifically, in the last 30 days Joseph has lost 7 pounds of fat mass (transitioned to muscle mass).  He does a good variety of exercises. He walks around the track and does the stationary bike and treadmill, outside of strength training with Alison.  At his job, Joseph sits at a desk the majority of the day, so he finds that exercising regularly counterbalances his sedentary hours at work.  Since working out with Alison, Joseph has noticed that his stamina is better, he feels better.  When asked if Alison has helped improve his diet, Joseph joked, “Oh, yeah, she tells me what I should eat or not eat all the time… not that I pay a whole lot of attention.” Joking aside, Joseph has in fact made positive lifestyle changes with his food.  He does not eat fast food anymore.  He also doesn’t eat fried food very often, and on the rare occasion that he does, he said his body can tell in a negative way. Joseph’s long-term goal is to lose 15 pounds.  His short-term goal is to lose 5 pounds in a month.  He said, “If I set a goal that seems hard or impossible for me to reach, it doesn’t work.  If it’s believable for me, then it motivates me, and I have a better chance of achieving it.”

Joseph’s wife Suzanne also personal trains with Alison.  Joseph and Suzanne have been together for 18 years.  Suzanne said, “It’s really helped that Joseph and I have been doing this together.  Joseph knows the things that Alison is working on with me, and he helps to validate those things at home; and I do the same for him.”

When Suzanne first met Alison in 2013, Suzanne was suffering from a medical issue that had left her very weak and underweight.  Her balance was so poor that she had to hold the walls for support to stand for her showers and she couldn’t balance on one foot.  Her memory was poor.  When she exercised, she had pain in her knees and hips.  And she struggled to keep her mindset positive.  Initially, Suzanne met with Alison 3x/week.  They worked on healthy dietary habits, strength training, balance, coordination, and mindset.  Suzanne now eats 3 healthy meals per day including lots of veggies, chicken, fish, seafood, and other foods that Alison recommends.  She eats a good nutritious breakfast before she comes to exercise.  For strength training, Suzanne has started doing many exercises with Alison, recently adding TRX strength exercises into the mix.  For balance, they do the balance boards, and Suzanne is now able to stand on three different types of boards and do dynamic movements on them.  They do memory-building exercises in which Suzanne remembers a sequence of movement over a period of weeks, which has improved her coordination and memory. Suzanne said, “Alison has helped me immensely. She has really helped my mind.  She’s always so cheerful and ‘up’.  If I’m not up when I get here, I’m up by the time I leave.”  Suzanne said she has gained a healthy view of exercise from Alison, where now when Suzanne comes to work out, she does what she knows will make her stronger and healthier, and then she leaves and goes to focus on the rest of her life in a mindful way.  Suzanne said, “Alison has helped me be more grounded.  More positive, my attitude is better.  I live in the moment.  Day to day, I’m more mindful.  I don’t dwell in the past.”  Suzanne currently works out with Alison 4x/week and she looks forward to even increasing it to 5 days/week in the future, so she can continue to become stronger, healthier, more positive and empowered!

Congratulations to Joseph and Suzanne on your hard work and your amazing progress!  We’re inspired by you! 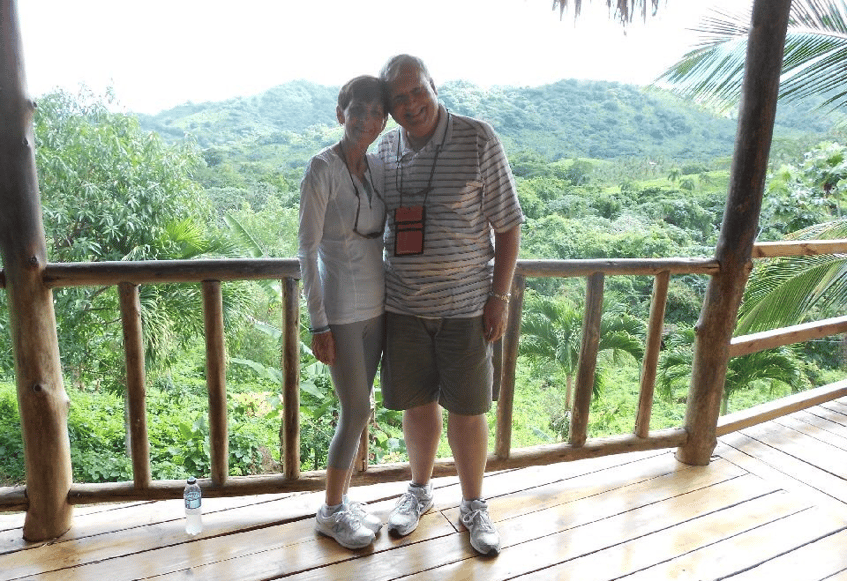