Is Obesity contagious? The short answer: yes. But joining a community of like-minded individuals may be the key to YOUR success. 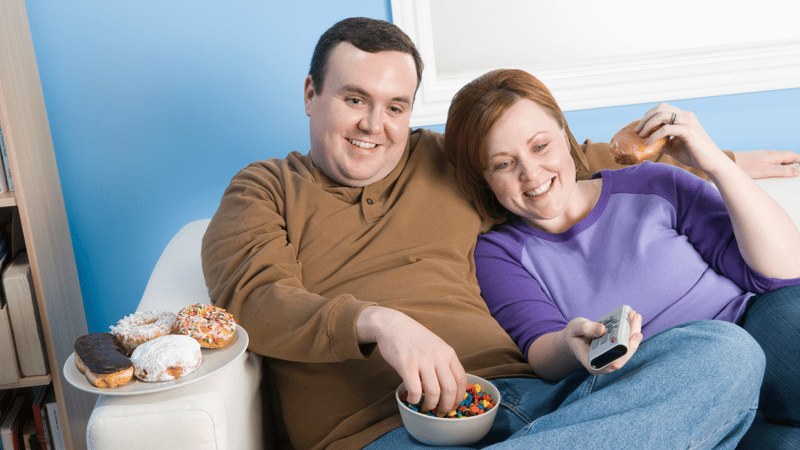 "Show me who your friends are and I'll tell you who you are." I remember the first time my grandmother said this to me. Often accompanied with a series of eye rolls and subject changes, I hated this saying because it seemed so judgmental and shallow. I was unable to grasp the depth of her words at the time but this old adage is one I've grown to relate to in my adulthood.

It didn't happen overnight. It happened through years of experience and stumbling across another saying that goes something like, "You are the average of the five people you spend the most time with."

What does this mean to you? Take a look at your network, both professional and personal. Who are the five people you spend the most time with? Do they empower you? Support you? Assist you in achieving your goals? The power of influence is a paramount concept in relation to the goals you set for yourself. Whether you're striving to find a new job, save more money or adopt a healthier lifestyle, your success relies on the people you surround yourself with and you may not even realize it yet.

The Power of Influence

Living in a neighborhood with a high rate of obesity might raise the odds that you and your children will become plus-sized, too.

That's according to a new study involving more than 1,500 U.S. Army families. The researchers say their findings may help explain why high obesity rates in the United States tend to cluster in certain geographic areas.

"Living in a community where obesity is more of the norm than not can influence what is socially acceptable in terms of eating and exercise behaviors and body size," explained study author Ashlesha Datar.

A phenomenon called "social contagion" may be at work, she said, though the study did not prove a cause-and-effect link.

The bottom line: "If more people around you are obese then that may increase your own chances of becoming obese," said Datar, a senior economist at the University of Southern California Center for Economic and Social Research.

Datar and co-author Nancy Nicosia, of the RAND Corp., focused on Army families because they typically relocate based on military requirements rather than personal preference. This eliminated from the get-go one theory about regional obesity -- that people who are obese associate with others like themselves.

The researchers sifted through 2013-2014 data for about 1,300 parents and 1,100 children. The families were stationed at or near 38 military installations across the United States.

Datar wanted to see if families had higher odds for being overweight or obese when posted in counties with higher rates of obesity.

The team first reviewed body mass index (BMI) for family members. BMI is a measure of body fat based on height and weight.

They then assessed the "shared environment" in which service families lived, tallying up the number of grocery stores, sports and recreational facilities, and such.

But the opposite also appears true: Relocating to a county with a lower obesity rate reduces a family's odds of plumping up.

Datar said the study found no evidence to suggest that "neighborhood shared environments" -- such as access to the same eating and exercise options -- were driving obesity rates.

Lona Sandon is an assistant professor of clinical nutrition at the University of Texas Southwestern Medical Center at Dallas.

"It is well known in the behavior and psychology literature that those around us influence behaviors, values and beliefs," she said.

"That includes behaviors, values and beliefs related to health, eating and exercise," Sandon added. "Social acceptability and norms have a lot to do with food and exercise behavior choices, whether we are aware of it or not."

Her own research suggests "most people believed they were in control of their behaviors," said Sandon, who wasn't involved in the study.

But when asked about specific situations -- like eating out with friends and whether what their friends ordered influenced their choice of meal -- the respondents' answers changed. "They would often realize that others around them did influence meal choices," she said.

Sandon's advice: "If you want to change your weight, eating and exercise habits, get new friends who are already eating healthier and exercising."

Easier said than done, right? No one ever said you have to go from zero to hero to meet your goals but simply changing up your scenery may be enough to get you started.

This doesn't mean you can't continue the friendships you already have, but consider joining a community of like-minded individuals to hold you accountable and keep you on track for success.

As with any weight-loss program, we recommend that you consult your physician before beginning. The Healthy Solutions program is open to both Wellness Center members and non-members.